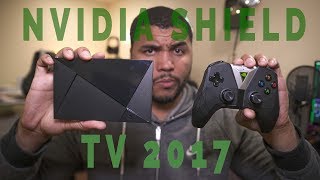 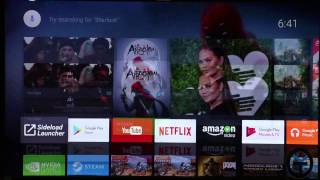 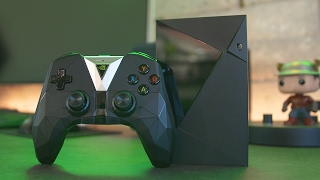 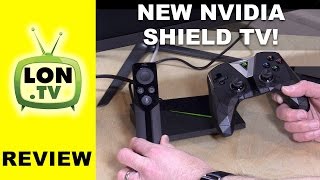 The NVIDIA Shield TV is the undisputed king of smart home streaming video devices. But it also packs in amazing smart home control capabilities and Google Assistant voice search, making it the smartest brain to sit at the center of your smart home setup.

Amazon.com
$389.99 6 used from $230.00
See it
Last Amazon price update was: March 4, 2020 9:54 pm
× Product prices and availability are accurate as of the date/time indicated and are subject to change. Any price and availability information displayed on Amazon.com (Amazon.in, Amazon.co.uk, Amazon.de, etc) at the time of purchase will apply to the purchase of this product.
Add to wishlistAdded to wishlistRemoved from wishlist 0
Tags: Google Assistant, Must have

As mentioned above, the NVIDIA Shield TV is now fully integrated into the Google Assistant ecosystem. You can easily search for Netflix and other videos on the device by simply speaking into the included controller which has a Google Home-like microphone on it.

This streaming box is perfect for running Plex, Kodi and Netflix, but it is also a fully capable Google Chromecast device. So when you need to you can cast content directly from your phone or tablet directly to the unit. In our tests, the Shield TV’s Chromecast performance is even better than the Chromecast itself. Buffering in our system is almost a thing of the past.

The addition of SmartThings support is another big selling point for the NVIDIA Shield TV as it allows the unit to play double duty as both video streaming but also smart home hub. The addition of the SmartThings Link USB stick to the back of the Shield basically opens up the capability of controlling Z-Wave, Z-Wave Plus and Zigbee devices in your smart home setup straight through the Shield TV. This is a game changer.

Speaking of game changer, the video game capabilities of the Shield are also stellar. You can install Android TV games but also stream PC games directly to your TV from your own NVIDIA video card on your computer. They also include the abaility to stream select high-end PC games to the box from the cloud. It’s an amazing level of compatibility that you simply won’t find anywhere else. Not to mention the excellent retro video game emulators that you can download off Google Play…

If I had to pick one central brain for my home theater setup, it would be the NVIDIA Shield TV. It’s sheer level of power and diverse set of integrations with other smart home gear makes this one of the best smart home buys around.

There are no reviews yet.

Be the first to review “NVIDIA Shield TV” Cancel reply

*Smart Home Remedy is a participant in the Amazon Services LLC Associates Program, which is an advertising program designed to provide a means for sites to earn advertising fees by advertising and linking to specific products. Some of the links on this site will earn us a commission at no extra cost to you if you click through and purchase.