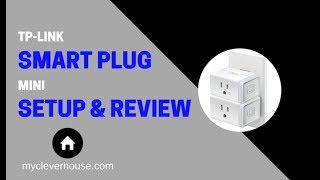 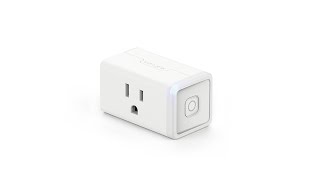 TP-Link has made about as rock solid a smart home product as we have ever seen with their Smart Plug Mini. This slim plug works well with both Amazon Alexa and Google Assistant and features all of the scheduling and integrations that you will need down the line.

Amazon.com
$14.99 4 used from $12.99
See it
Last Amazon price update was: March 15, 2020 8:30 am
× Product prices and availability are accurate as of the date/time indicated and are subject to change. Any price and availability information displayed on Amazon.com (Amazon.in, Amazon.co.uk, Amazon.de, etc) at the time of purchase will apply to the purchase of this product.
Add to wishlistAdded to wishlistRemoved from wishlist 0
Tags: Amazon Alexa, Google Assistant

TP-Link is one of the more popular brands for tinkerers and computer-people. But their home automation game has also been very strong in the past 5 years. At the head of the pack is there great line of smart plugs which we would argue are the best in the industry if you just want a plug that works. The TP-Link Smart Plug Mini ticks all of our main boxes for a smart plug and should keep pace with anything else you will find and keeps it in a nice compact form factor.

The TP-Link Smart Plug Mini works out of the box with both Google Assistant and Amazon Alexa. We have tested it for over 6 months on Google Assistant and it hasn’t had even a single hiccup controlling a basic Ikea lamp. Of course the amount of voice control options is really limited to on/off here so don’t expect the world. But it certainly works well. We have a nickname for the plug programmed into the Google Home app called “Livingroom lights” so it does recognize when I tell it to turn off the lights instead of the plug. Very handy indeed.

IFTTT is fully supported as well as other platforms like Stringify. Probably the most useful thing here is to build scenes in Stringify to be able to include your smart plug in an overall macro of some kind. The plug also is compatible with the “Works With Nest” program so you can link it into the automatic Home/Away modes in the Nest platform. This could be really handy for making sure your plug turns off when you leave the house.

The TP-Link Smart Plug Mini works through the TP-Link Kasa app which is already pretty good even though it only just came out of beta. You can program a schedule for the plug as well as set scenes if you have multiple TP-Link Kasa products. The plug is also very low profile. It is slim so it doesn’t take up 2 whole plugs. In fact, you can fit two of these plugs on a single socket. This is a great feature. Also, there is a physical button on the side of the plug if you need to go old school for some reason. You can usually find its larger big brother, the TP-Link HS100, in stores for a bit cheaper, but we wholeheartedly recommend the mini simply because it frees up one of your outlets.

Overall this is one of the more rock solid performers in our smart home setup right now. It responds almost instantaneously to Google Assistant commands and has generally been a breeze to setup and work with. This is a highly recommended smart home plug.

*Smart Home Remedy is a participant in the Amazon Services LLC Associates Program, which is an advertising program designed to provide a means for sites to earn advertising fees by advertising and linking to specific products. Some of the links on this site will earn us a commission at no extra cost to you if you click through and purchase.